This is my contribution to the Wild West Character Design Challenge on Artstation.

In a small town a bank robbery happened at night. Leo was the only witness. No one believes him exept his sister Loretta. As the major suspects natives to have rob the bank he calls for the gunslingers 'Ruby' and 'Goldy'. They are headhunters specialized in chasing natives. Leo decides to find the real bank robbers and prove them guilty. 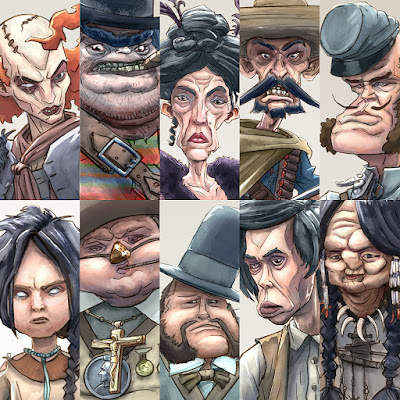 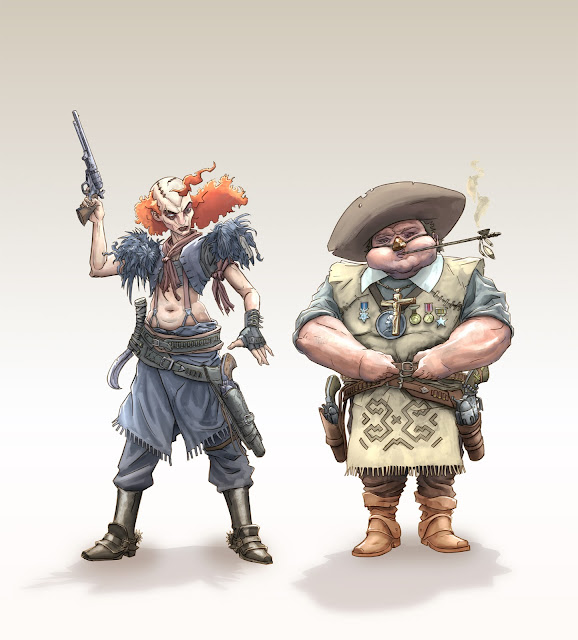 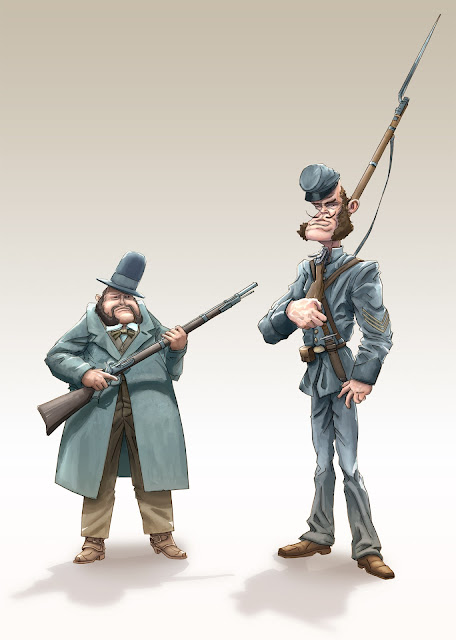 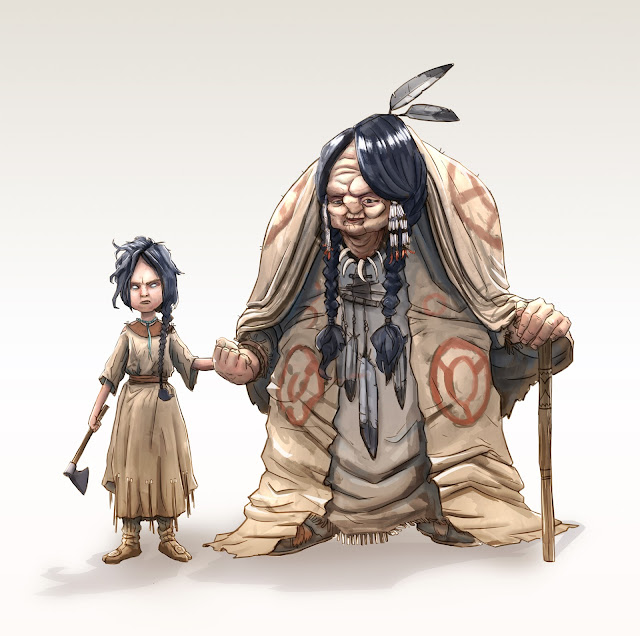 Anoki and the old shamaness Yanaba 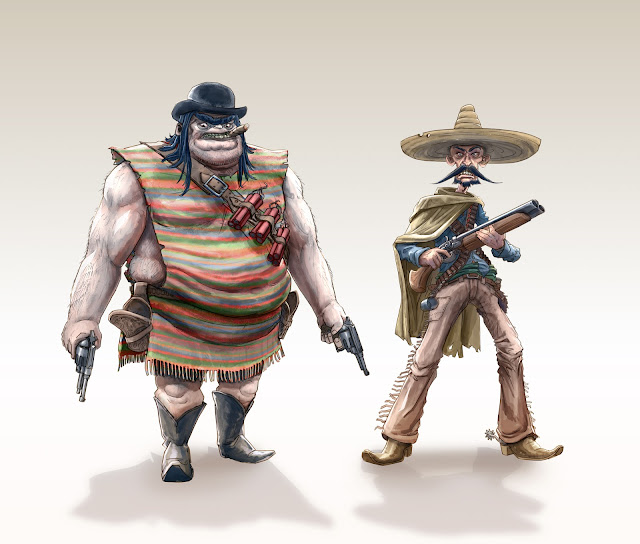 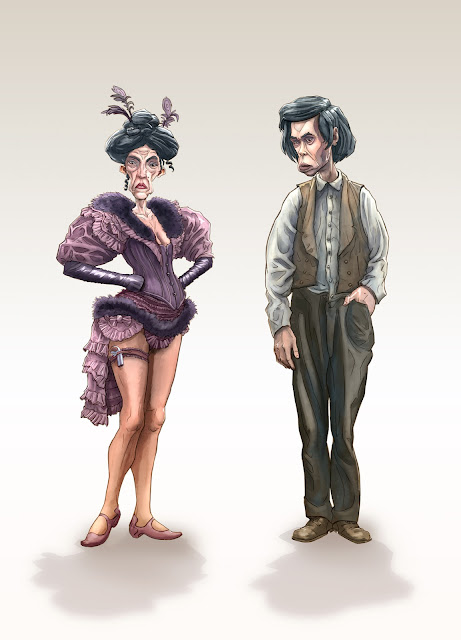