I've doodeling around with ZBrush and practise some techniques on this character. I really love to sculpt wrinkled faces like this. I think she must be a really cheerful person. :D

I call the final picture "Pure Morning" because this "Placebo" song stucked in my head and was going around and around while I've made it. 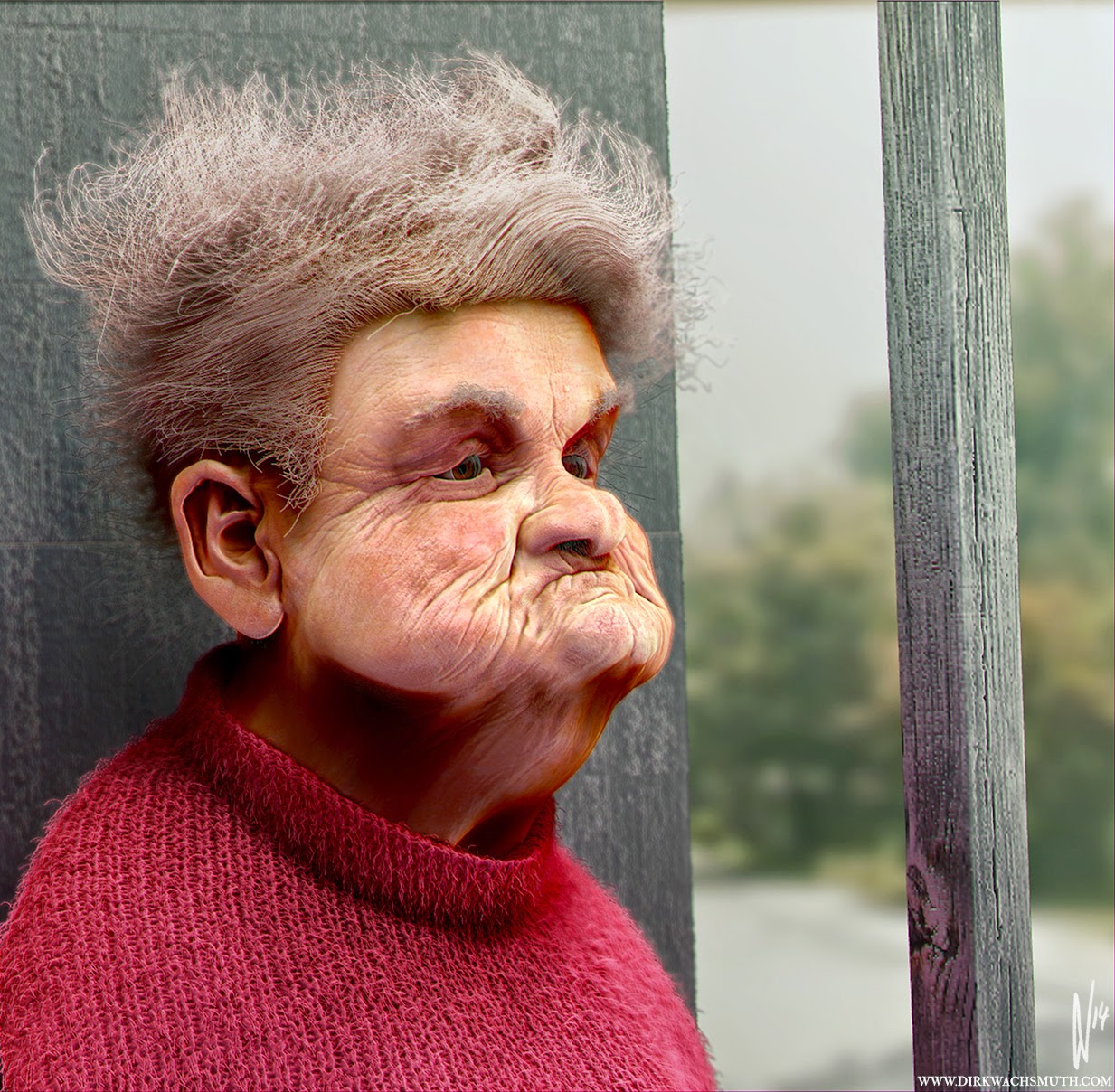 The final composition was done in Photoshop.

The following views of the sculpture are directly from ZBrush: 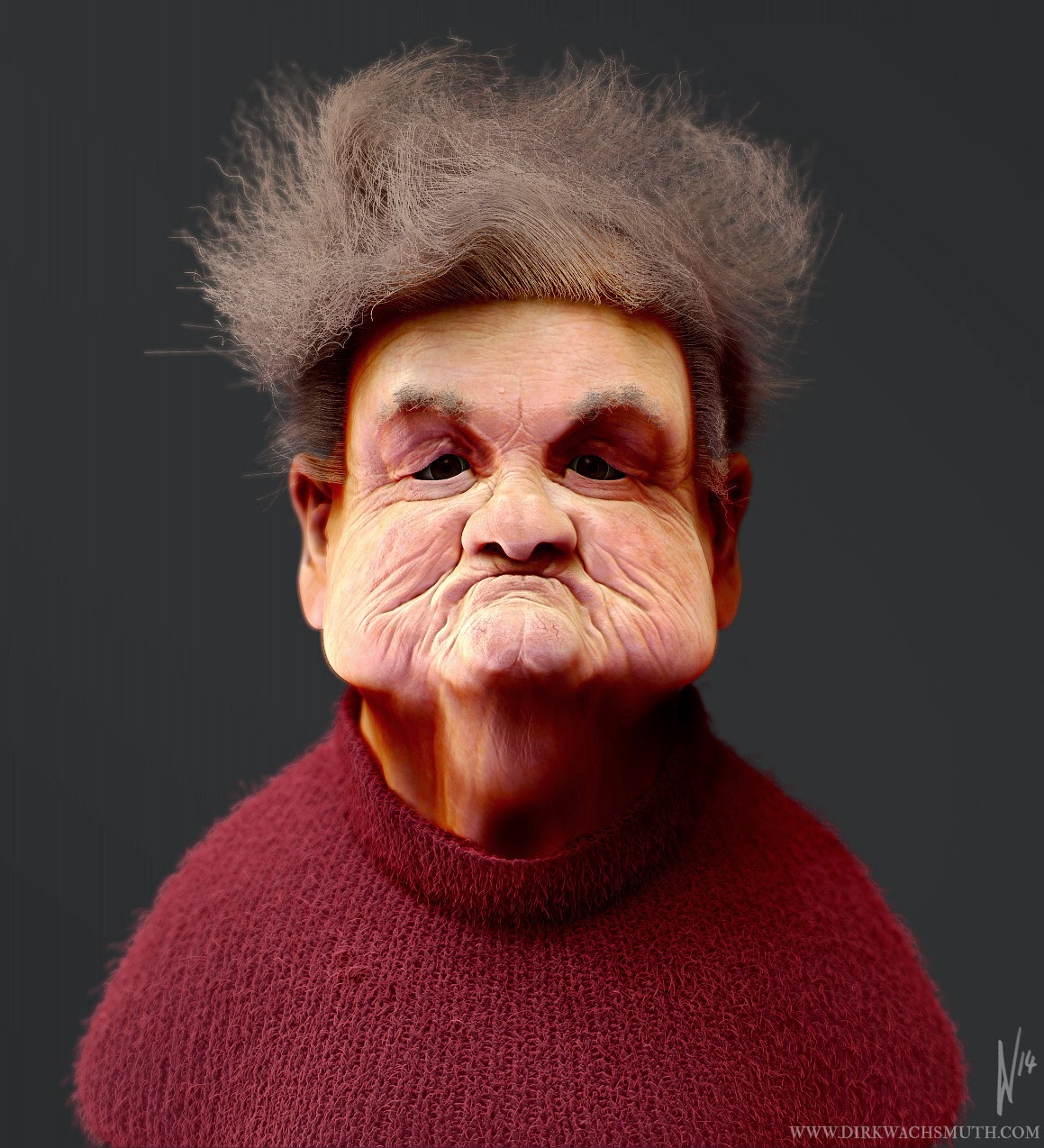 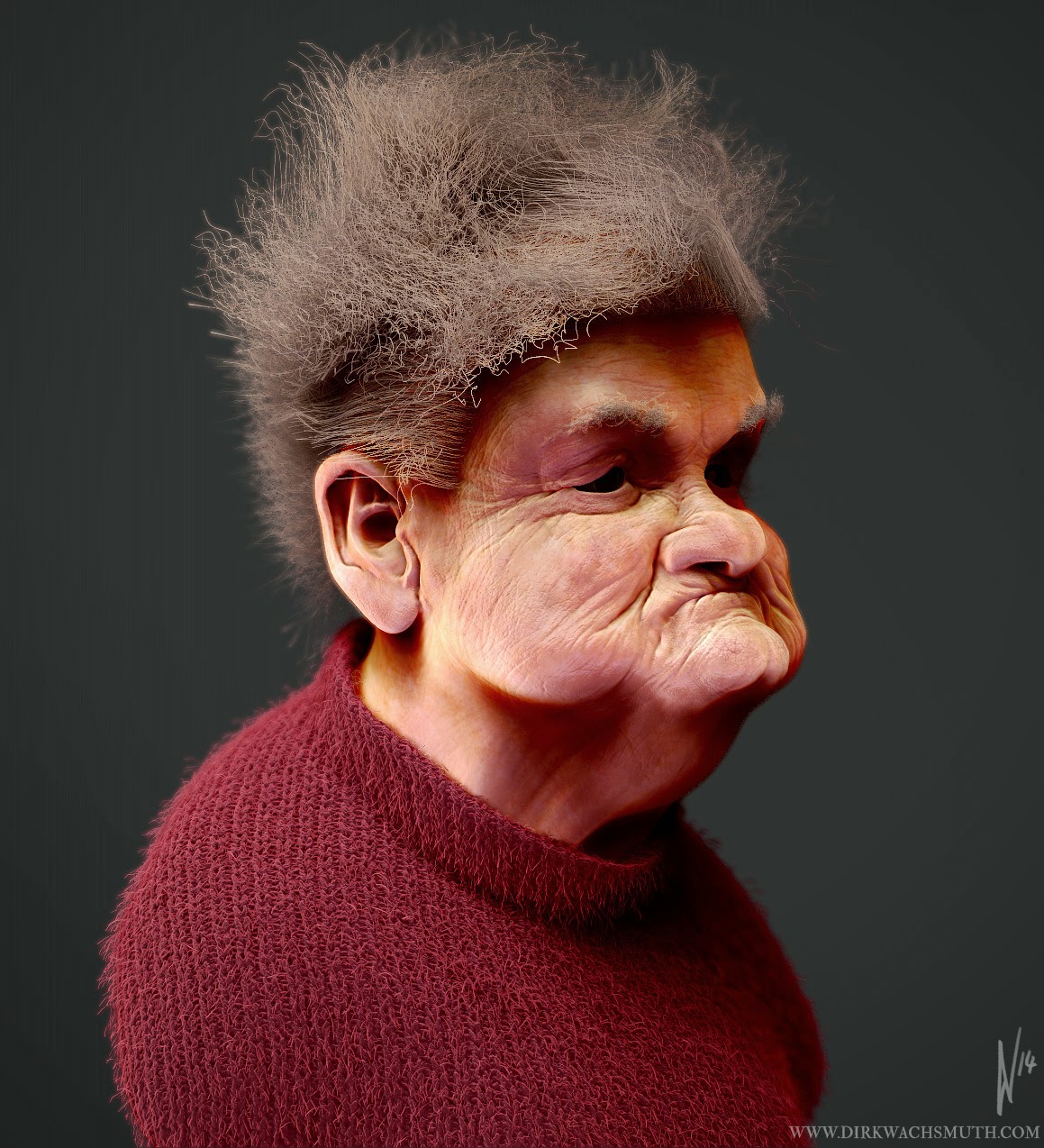 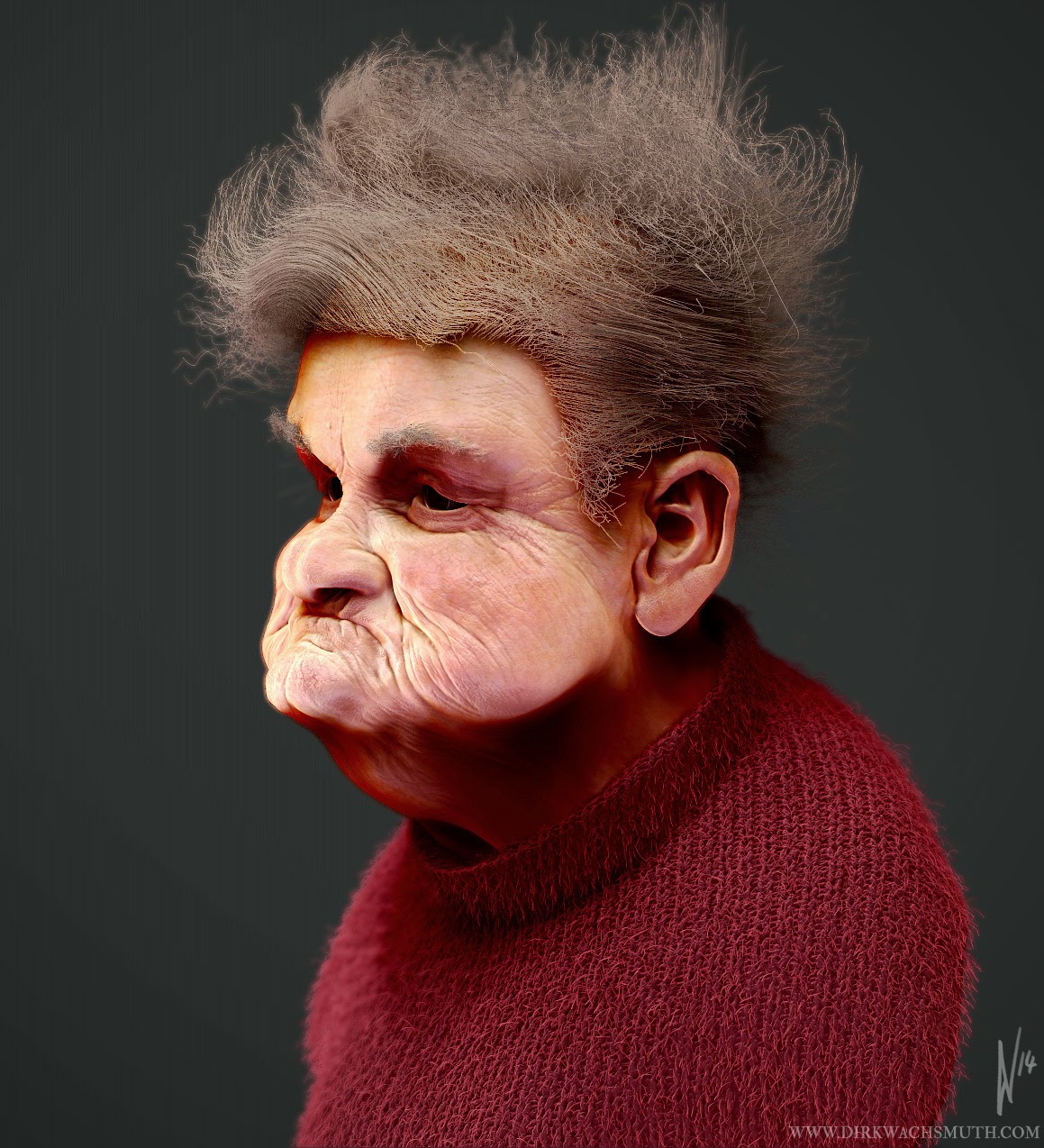 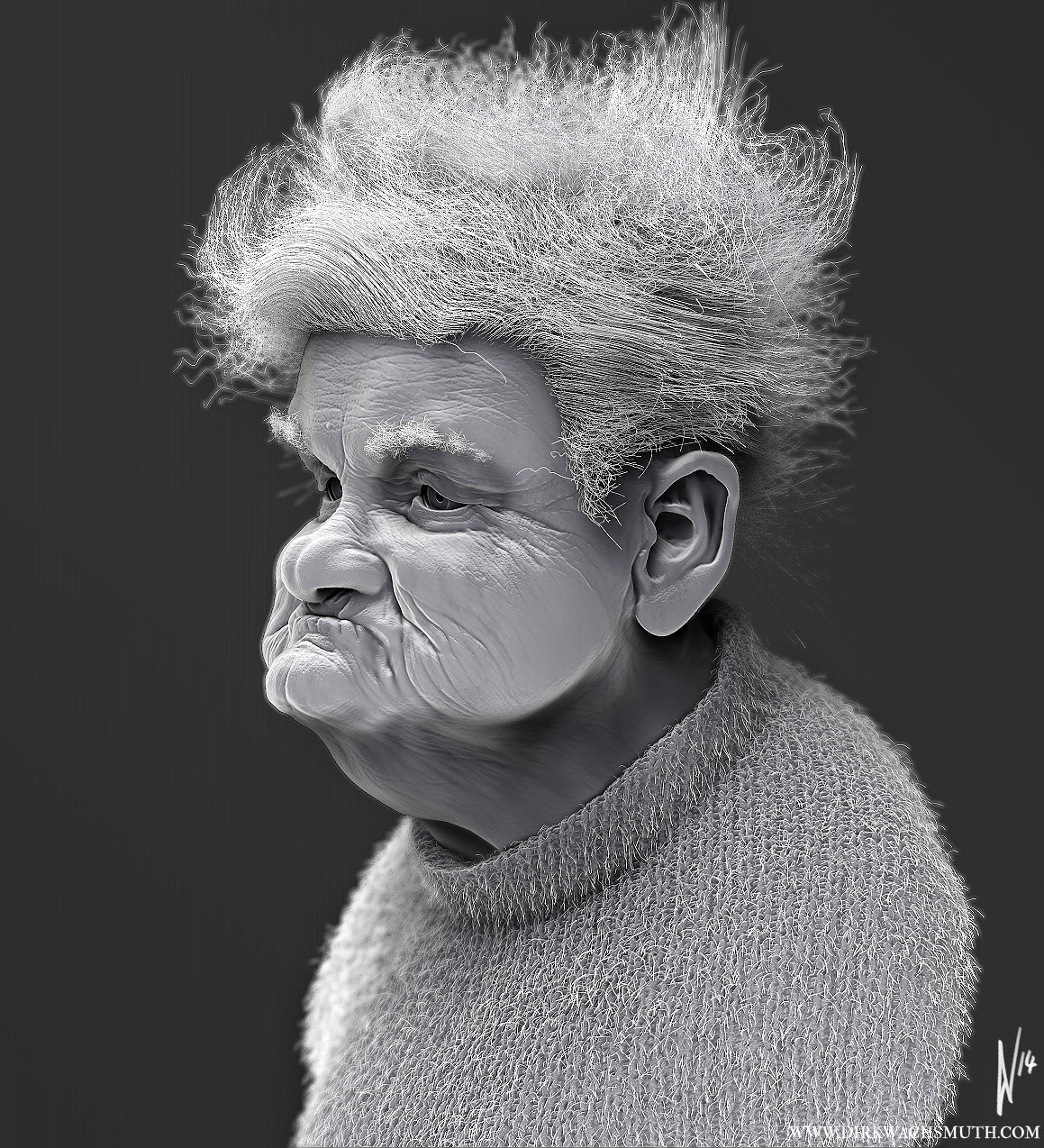 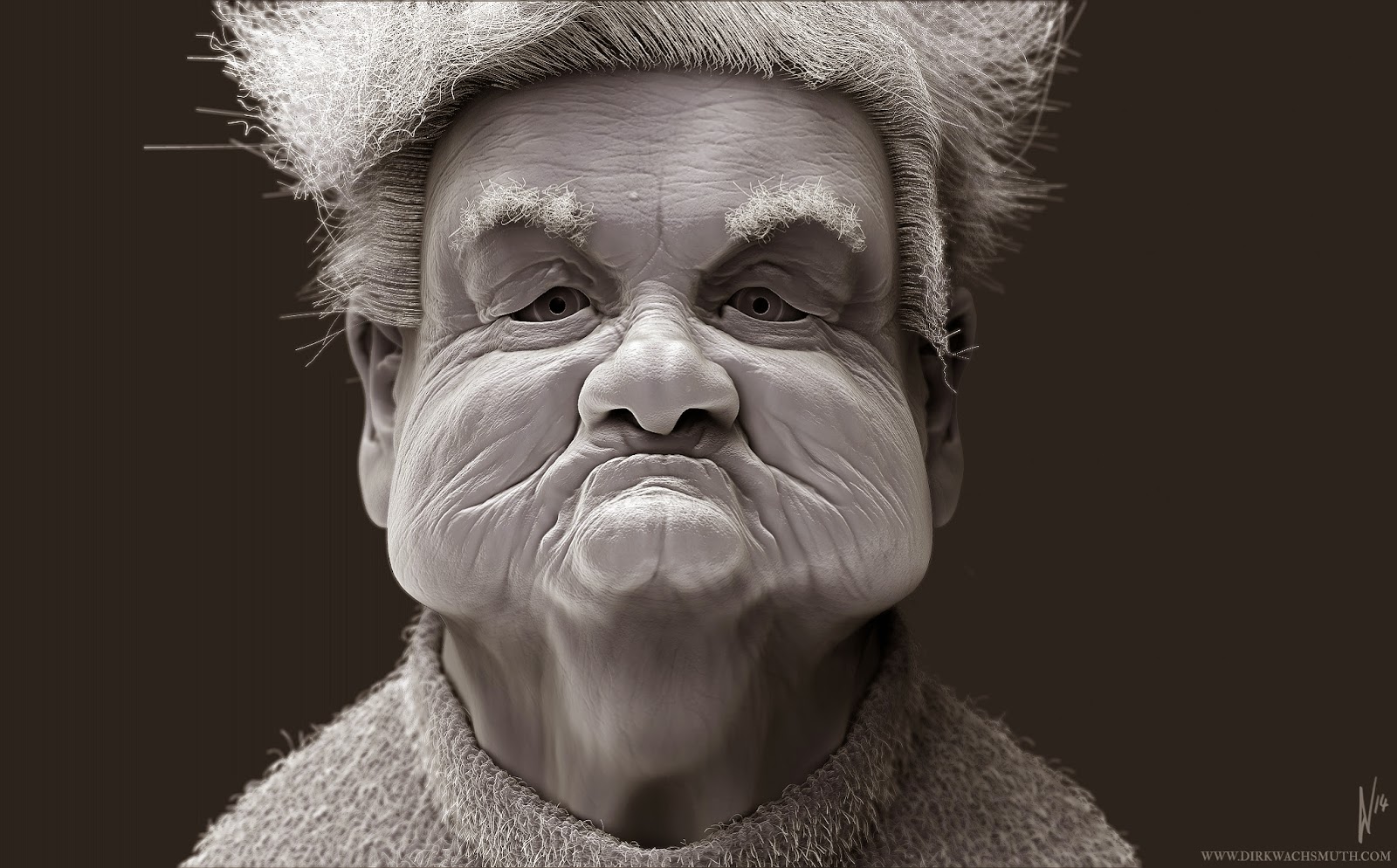 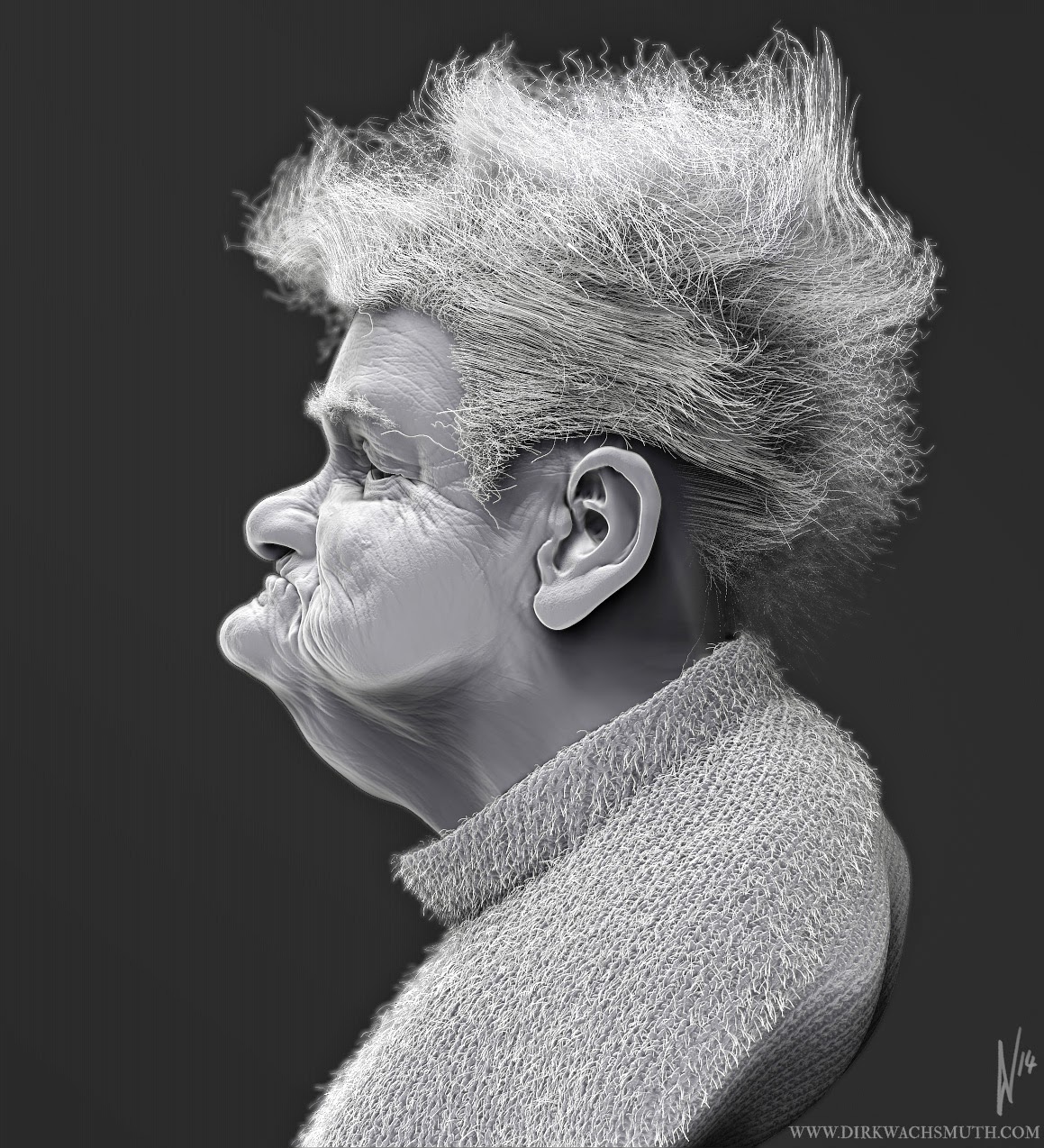 The following animal is my try on a reconstruction of Hallucigenia. This soft-bodied, worm like and extinct genus of animals caused many palaeontologists a proper headache. It was found as fossils in the Middle Cambrian-aged Burgess Shale formation of British Columbia, Canada. That means that it walked on it's tiny clawed tentacles 522 to 505 Million years ago. Scientists can't be sure today which end is which and where was the head. There are many different reconstructions on the web and I think it's never enough. For the head I was highly inspired by the tiny water-bear(Tardigrada) which has a similar body structure just a little more cuddly. :)

The creature had a lifesize of 5‭ ‬to‭ ‬30‭ ‬millimetres in the length.
In my scenery Hallucigenia climbs on a Venus' Flower Basket (Euplectella aspergillum). 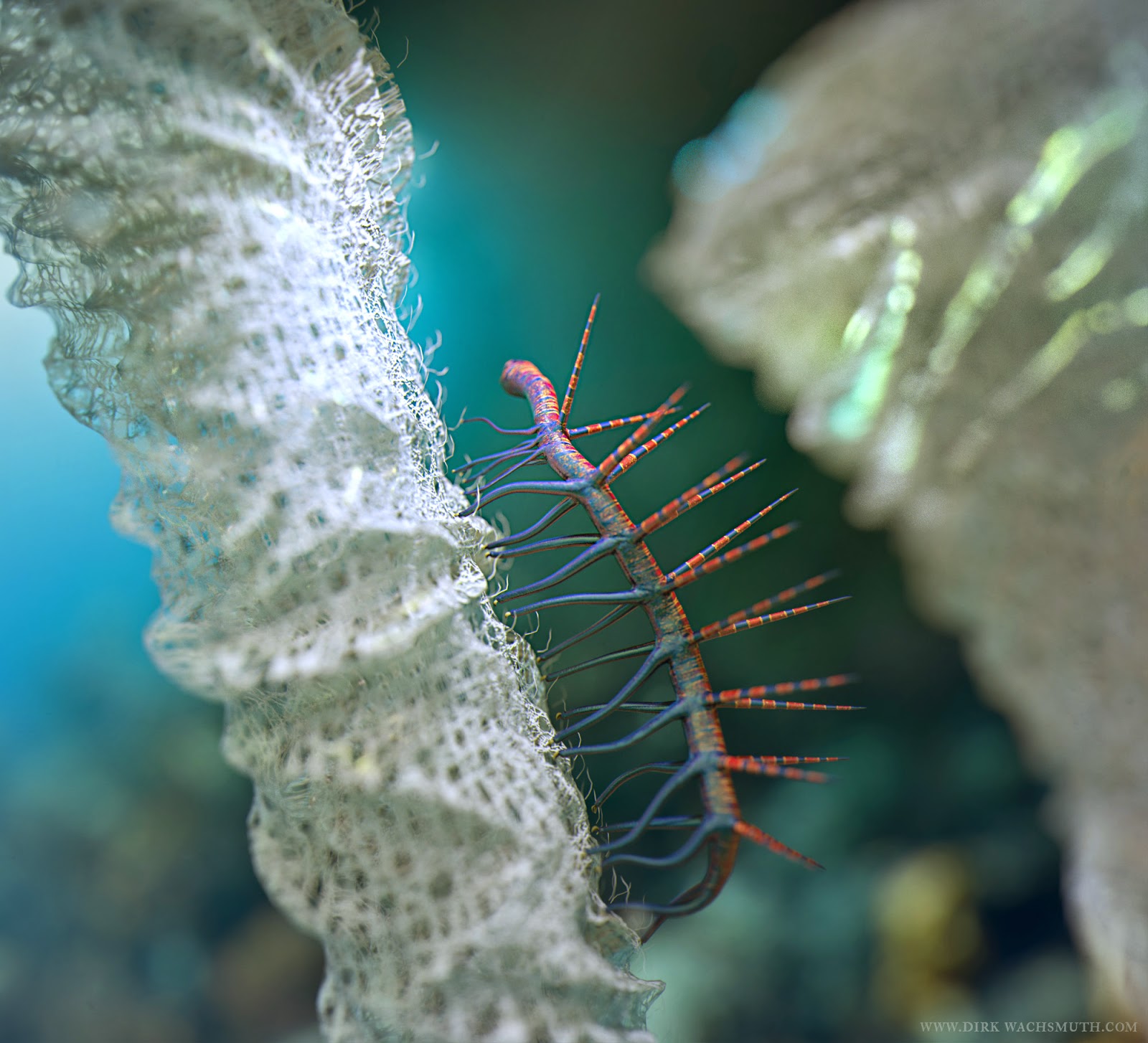 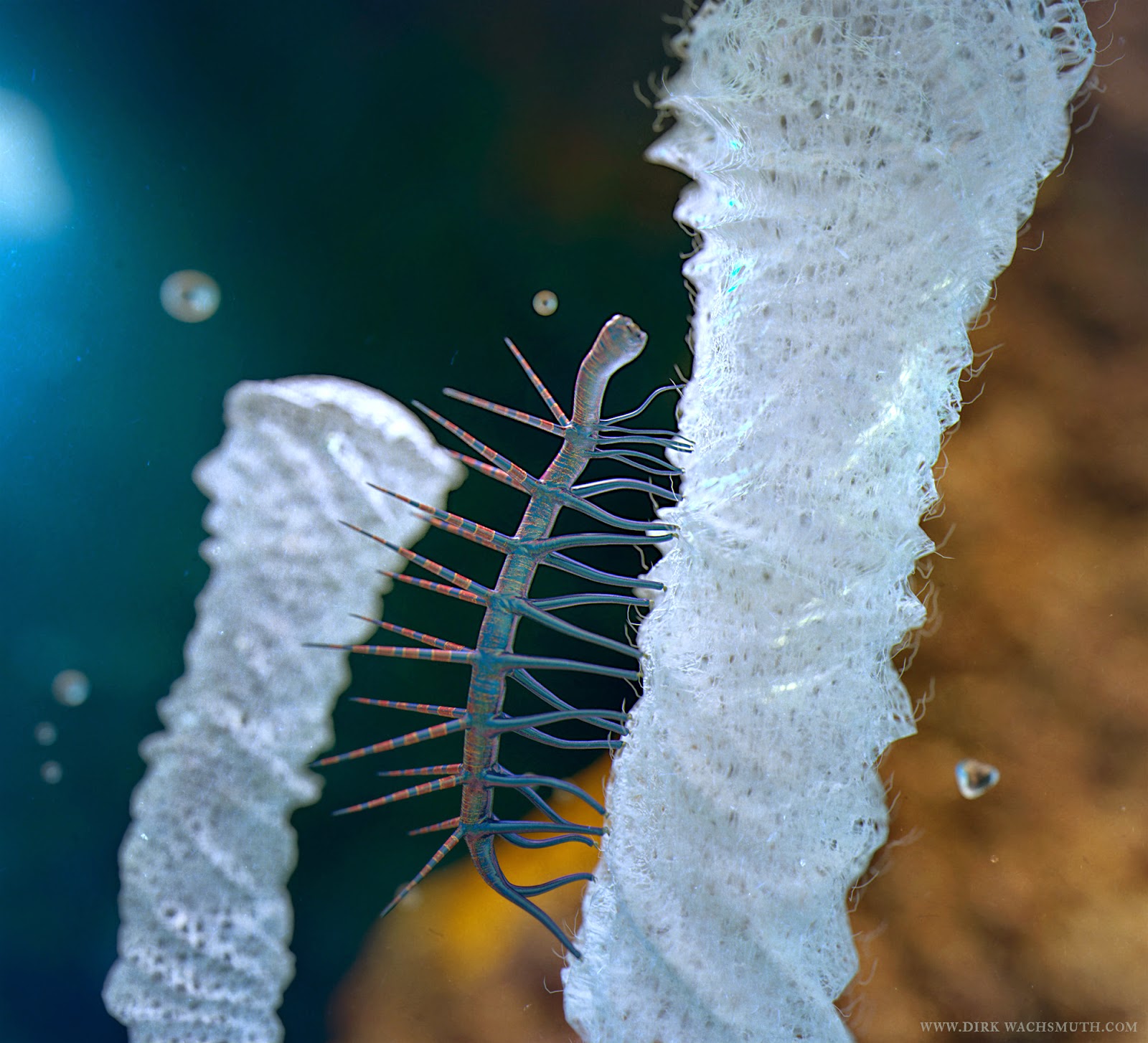 And some other views of the sculpture: 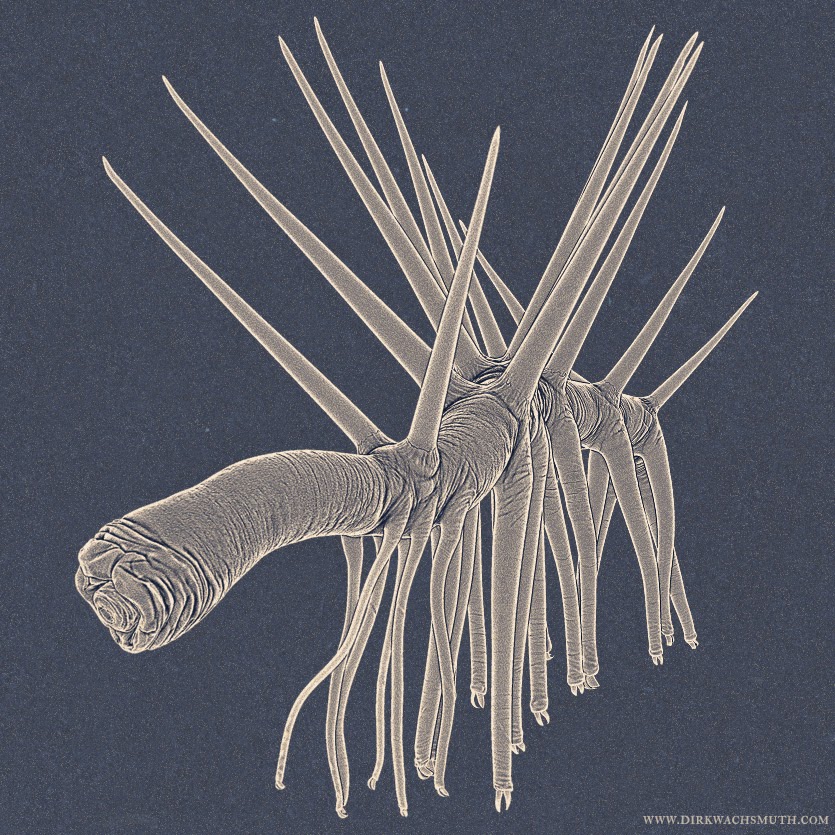 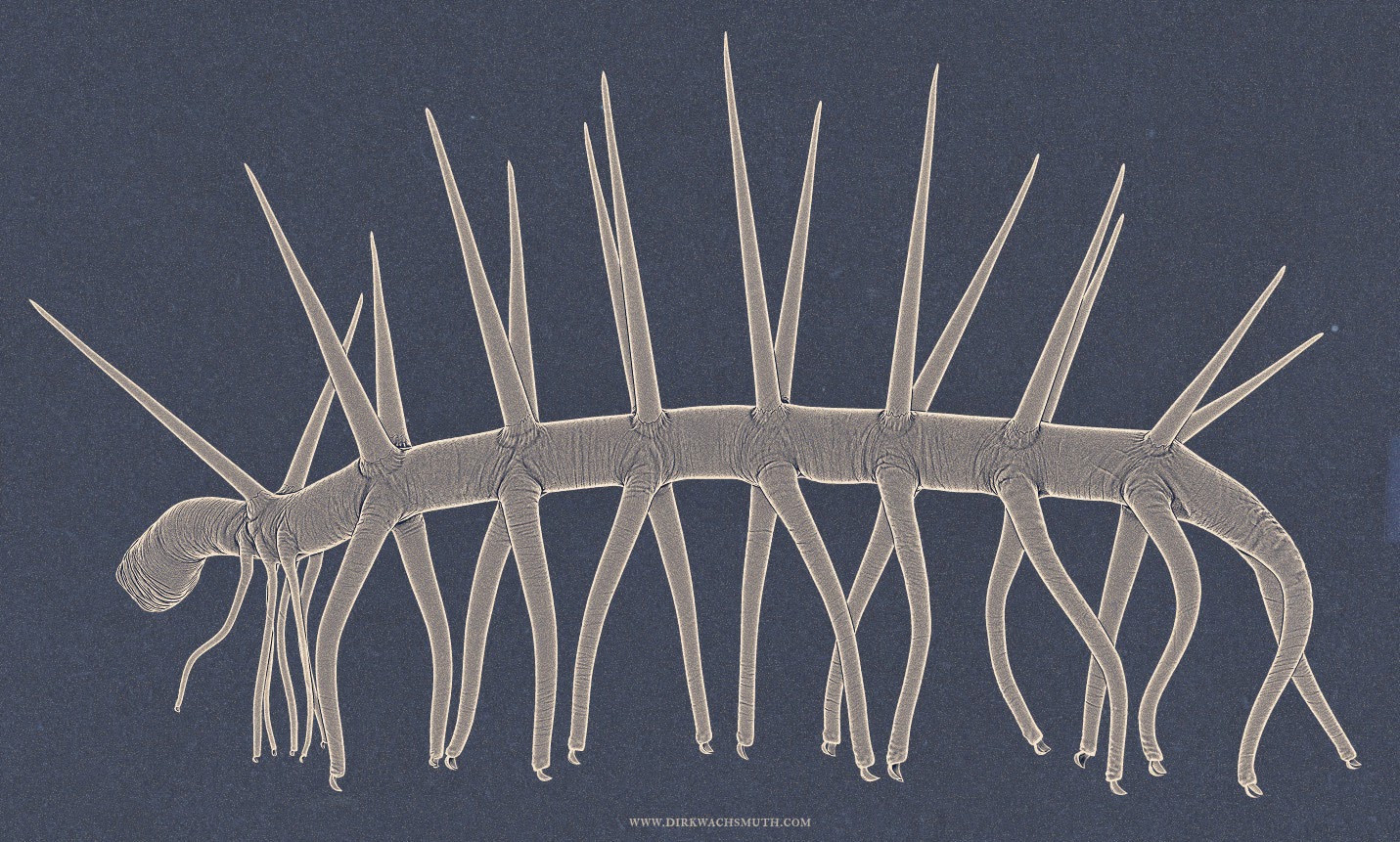 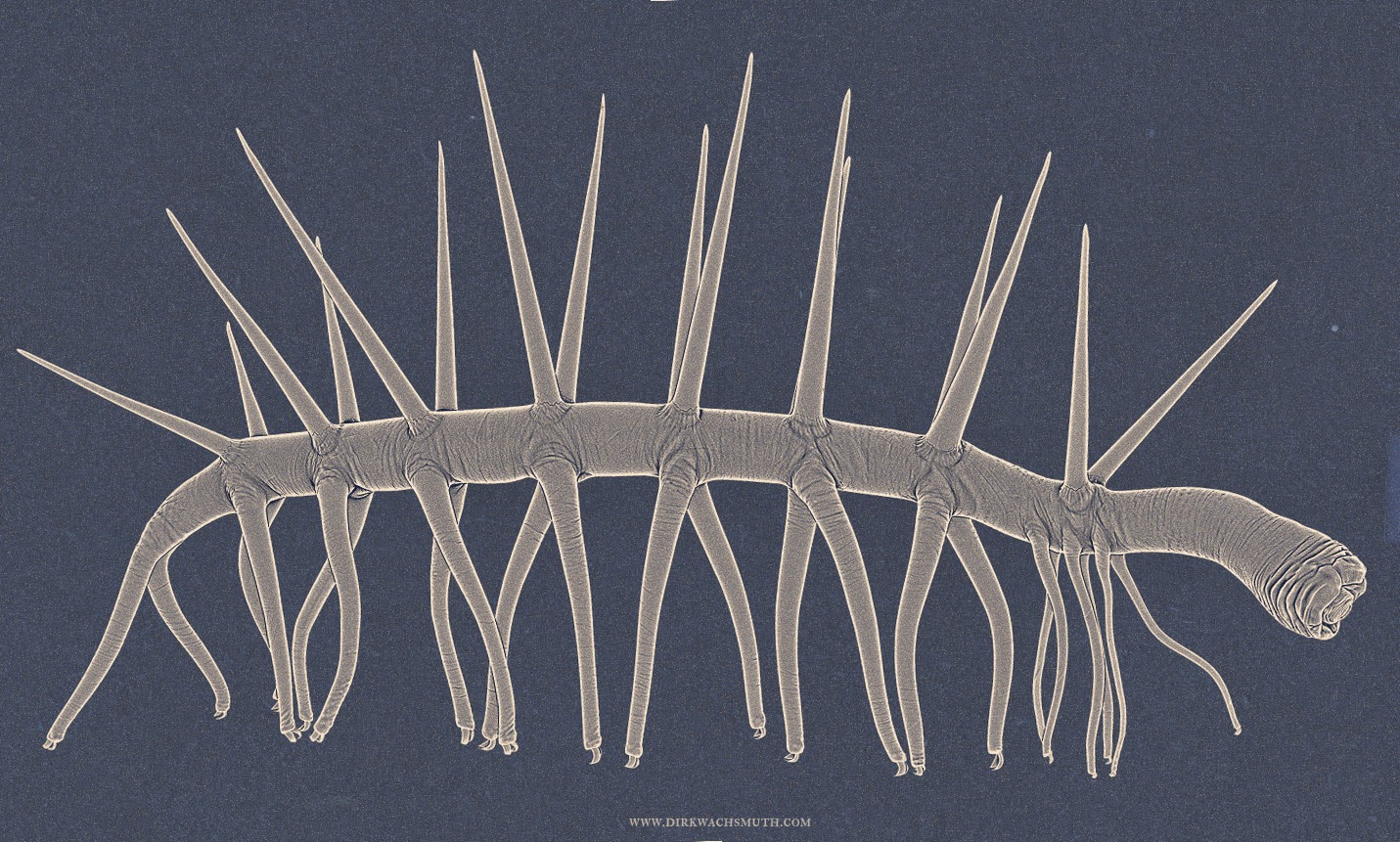 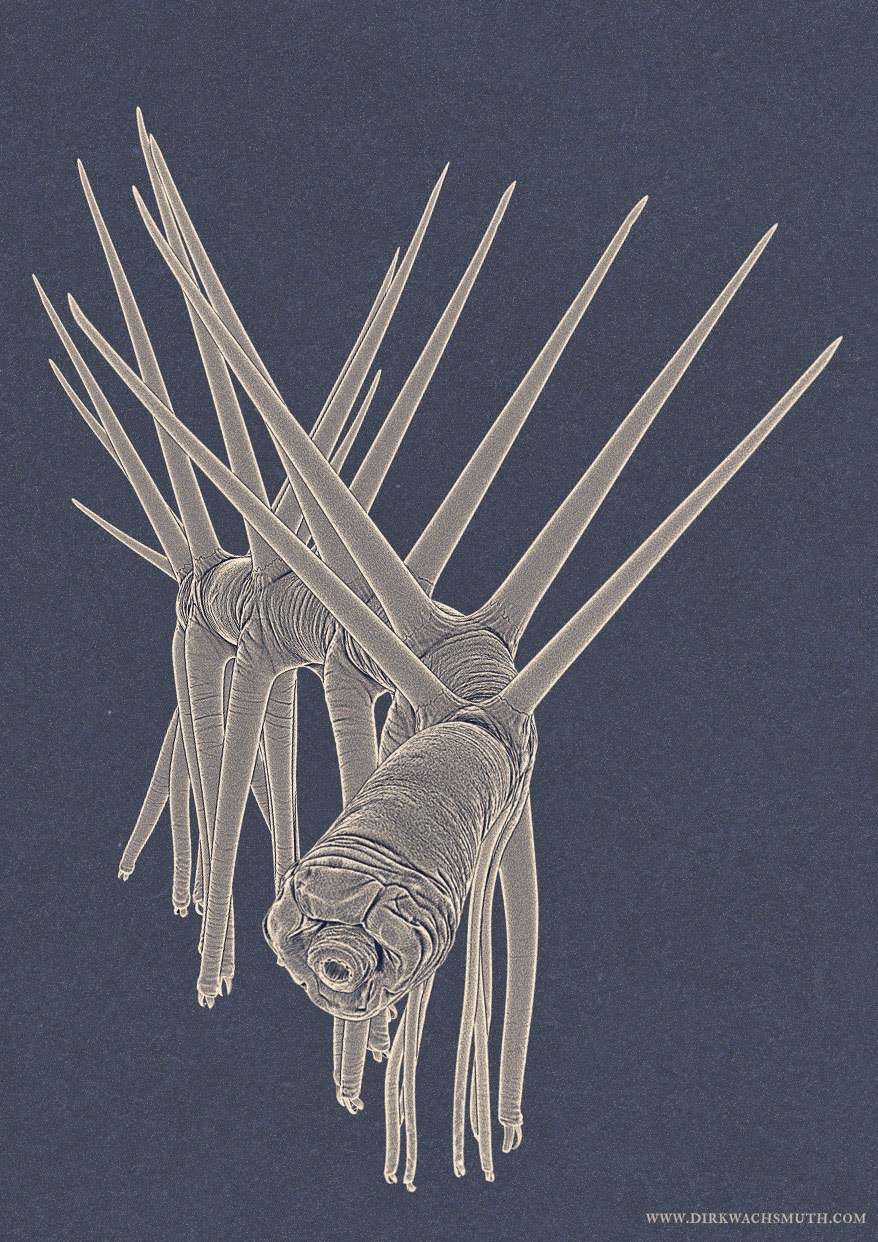